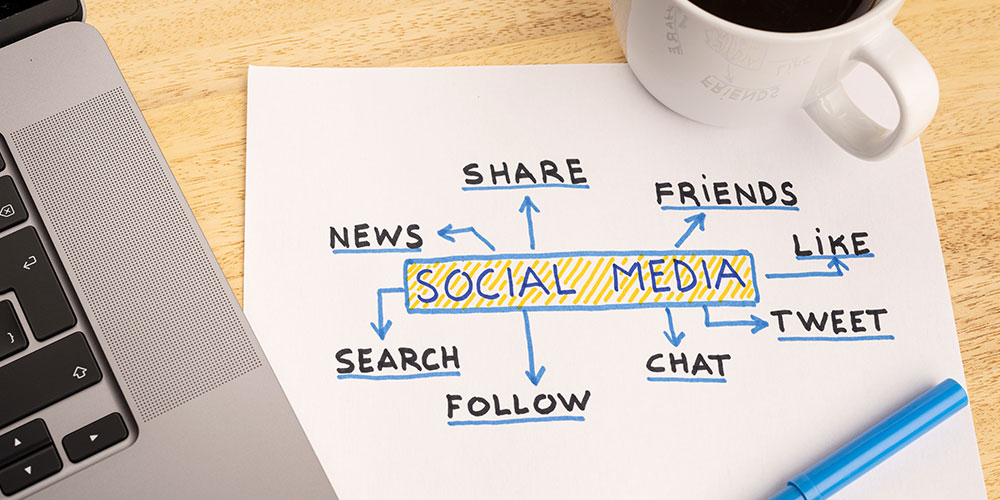 It’s not crowded yet and I like it that way!

I bet your competitors like it that way as well.

If you haven’t been living under a rock until now, every 10 words you hear have Facebook or Twitter among them. You’ll also hear the occasional Linkedin, YouTube and even Pinterest if you spend more time online.

And you might wonder, what’s all the hype about it and why your business, or any business for that reason, should be present on these online training platforms? After all, you’re a brick and mortar type of business, not a software company.

Well the answer is simple, it’s because that’s where the eyeballs are. And whenever you market anything, be it chocolate bars or the new Ford Mustang, you go where people can hear your message.

And “the web” or “Facebook” or “Twitter” is not different from print or TV or a shop that’s an actual place where people open the door to come in, because they all have the same focus, the customer.

In the past there was radio, then television, then email, now social media. And what do all these things have in common? They appear, get crowded and saturated then are replaced by the next thing.

And being saturated has 2 consequences:

And don’t take my word for it.

Ask your local news station for an ad in prime time and your jaw will drop when you’ll hear the cost. If we’re talking big broadcasting networks then we’re talking tens and hundreds of thousands.

In fact, if Pepsi chose social media campaigns and dropped the SuperBowl ad, I think that tells a lot about where things are heading. And as a company you always have the ROI (Return-On-Investment) in mind. Don’t you?

And that’s the catch with social media, that ROI that all marketers and business owners hunt down is a moving target in the realm of Facebook, twitter and YouTube.

Because social media is just that. Being social. It’s not about pushing your message, it’s about making a connection.

But instinctively we all want to sell our stuff. And we forget that at the end of the day we’re not crunching numbers, but we’re dealing with people who made a decision of giving us their money for a solution we offered or a problem we’ve solved.

So besides not everyone joining social media, most of those who actually join approach it from the wrong angle and keep applying the same old strategy they used with TV or print in a medium that is totally different.

And that for me, as a business owner smells like opportunity. The kind of things that you grab on to as soon as you notice them.  It’s the chance of spending ten bucks for a lead rather than two hundred.

And I’ll get right to the point on what these platforms can do that nothing else out there comes even close with 3 practical examples.

Did you know that with Facebook Ads you can target people depending on a specific life event? So if you are a wedding venue in Boston you can create a campaign that is displayed only to people who recently got engaged in Boston. And to top it all off the cost for a click from those people is just a few cents.

Where else can you do that?

And did you know that with Twitter’s search function you can scan through people’s tweets for various keywords and see the results instantaneously. So if you’re a cleaning service company in San Francisco you can monitor Twitter and whenever someone asks about your service you can reach out right away and get an instant client.

And what does that cost you? A few minutes of your time!

LinkedIn allows you to target people with specific qualifications, degrees and expertise. So if you want to hire someone without it taking weeks and with fees of hundreds of dollars paid to job sites, you can do it at a fraction of the time and a fraction of the cost.

And we’re only scratching the surface of what social media can do for your business. These are the simplest and most obvious examples. Just imagine what a bit of creativity and a budget comparable to what you now spend in other marketing channels can achieve.

And if you think social media won’t help your business answer me this.

You have two bakeries near your house. Both make delicious products. You can smell their aroma by just reading this message and thinking about them.

And one baker is kind and sometimes tells you a joke or you talk with him about the news and chit chat about things that are totally out of the sphere of baking or whatever your own occupation is. But the other only talks about his delicious products and how great they are and nothing else. And my question is this!

Where do you do your shopping?

And if you’re like me or any other person I’ve ever met or known, I already know your answer. Because we’re people and that’s what we do, we connect with other people, we share our worries, accomplishments, goals, ways of seeing the world. We’re being social.

And that’s what Facebook, Twitter, YouTube, or whatever the next big platform that will come along will be called, DO. They allow us to connect, and most if not all our decisions are made in context to what we are connected to at the time we make them.

And that’s why you should use social media. Because it’s that small chit chat that makes your customers come again and again…..and again….

It’s selling by NOT selling!

Doru Catana is the founder and head of marketing of Audacios Leap, a digital marketing agency from Europe. In his time there, he managed hundreds of projects in tons of industries ranging from notebook manufacturers in Australia, to bikes in Dublin Ireland, iOS apps and lawyers in Canada, real estate & stationery in the US, tennis supplements in France and business consulting in the Netherlands. After all this, he decided to share his experience from both successful and non-so-successful campaigns in the form of a series of marketing courses. All his courses are based on information experienced in the real world and not read from a book. You will get in a few hours the essence of 10+ years of online marketing experience.