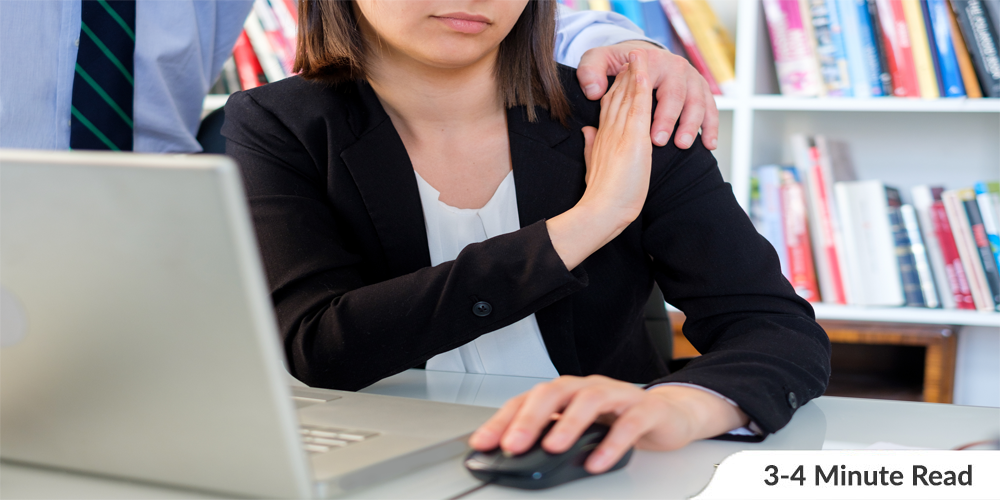 Sexual harassment prevention is on virtually every company’s radar screen these days.  The rise of the #MeToo movement in the political and entertainment worlds has sensitized the entire nation to the need for stronger behavioral standards at every level, especially in the workplace.  Employers used to provide a sexual harassment orientation during a new employee’s on-boarding – and then too often never raised the issue again. But in response to a lack of measurable progress in reducing workplace sexual harassment, several states, led by California and New York, now require companies to provide periodic ongoing sexual harassment prevention training for new and old employees alike.  The effort is beginning to pay-off.

Sexual harassment can take many subtle and insidious forms beyond the most obvious and egregious examples of unwanted physical contact as well as sexual coercion, intimidation and manipulation. Off-color jokes, use of suggestive and sexualized language, sexual gestures and excessive flattery over another’s physical appearance can all be construed as workplace sexual harassment. Workers exposed to excessive displays of affection by other consenting adults in the workplace might also feel harassed, according to today’s criteria.

One issue is standardization. Companies want to ensure that all employees receive the same training with the same principles and guidelines presented. Another issue, of course, is cost. An on-line prevention module can be purchased once and widely circulated. It can also be viewed by each employee separately. Some workers find the entire topic unpleasant and uncomfortable, including those that may have suffered sexual harassment in the past or who wonder if the uncomfortable behavior of a colleague might constitute harassment. Solitary viewing allows private space for reflection by those that might otherwise feel triggered by discussions of harassment in a group setting.

However, sexual harassment prevention courses California can only work, experts say, if they are part of an over-arching anti-harassment initiative that has the full and active support of a company’s leadership. One reason states are beginning to insist on more intensive training is that companies have too often used a single training to demonstrate compliance with the law and to reduce the threat of legal action but without actually achieving measurable results at the workplace.

Ideally, sexual harassment prevention training should be presented by someone experienced in the field with in-depth knowledge of a specific organization’s history with harassment issues drawing on the results of a confidential employee survey. However, studies show that distant learning can achieve real results if the training is tailored to an organization’s specific workplace culture and integrates interactive role-playing by training participants.

Getting your employees involved in the design of your training ensures that it depicts real-life scenarios of harassment, many of them based on actual incidents. It’s also important to break down the training into sub-components, focusing on different kinds of harassment, and the emotional and psychological toll it takes on victims. Finally, the training should model positive as well as negative behaviors and should highlight the responsibility of non-harassers to intervene and correct the behaviors of offending colleagues whenever possible.

Coggno offers a full two-hour module as well as several 30-minute modules that address specific areas of compliance with SB1343. (The modules are available in Spanish as well as English). The bill does not require all of the sexual harassment prevention courses to be conducted in a single sitting. Coggno’s offerings allow companies to schedule training in a manner consistent with their workplace priorities.

Additional Coggno training modules focus on compliance with new laws in Connecticut and Maine. Like the California modules, these trainings go beyond mere compliance issues to address the impact of sexual harassment on a company’s employees and work culture, the need for safeguards protecting employees that report incidents of harassment, and the responsibility of all company employees to intervene against harassers in their midst.

No one training video can stop workplace sexual harassment cold. However, Coggno’s offerings, backed by leading industry trainers in the field, can provide companies with the targeted and timely support they need to build a more positive and collegial workplace culture where harassment is stigmatized and deterred and where egregious offenders are quickly identified and removed.